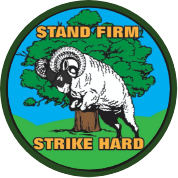 A short History of Crich

After the end of the First World War a decision was made by the Old Comrades Association to erect a Memorial in memory of those lost in the First World War. A War Memorial Committee was set up to work on the project. Several ideas were put forward and they included a bronze statue of a soldier in Normanton Barracks and two memorials one in Nottingham and one in Derby.

It was Colonel of the Regiment General Sir H.L Smith-Dorrien G.C.B., who suggested a memorial that could be seen from both Nottinghamshire and Derbyshire. The recommendation was approved on 22nd February 1922 and a meeting held to locate a site for it.  The committee visited Crich Hill, and to help raise funds, several Flag Days were organised and the first one took place on 5th August 1922.

By August the £4,000 needed had been raised and the opening ceremony took place at 4pm on Monday 6th August 1923.

In August 1930, General Smith-Dorrien was killed in a car accident and at the Pilgrimage in 1931 the Smith Dorrien Memorial was unveiled just in front of the tower.

More additions have been made to the site in:

“To the memory of 11,409 men of all ranks of The Sherwood Foresters (Nottinghamshire and Derbyshire) Regiment who gave their lives for their King and their Country in the Great War, 1914-1919, and in honour of 140,000 of their comrades who served during the War in Thirty-two Battalions of the Regiment, this Monument is gratefully erected by the people of the counties of Nottingham and Derby.”

The Tower, grounds and tea room are usually open daily, Thursday to Monday (less Christmas Day, Boxing Day and New Years Day) from 1000 to 1700 hours (from October – March, the grounds will close at 1630 hours.

As the grounds are sometimes shut at short notice, it is recommended that you refer to the Facebook page for details before travelling.

There is a small charge for parking and donations are welcome. All monies go towards the upkeep of the site. 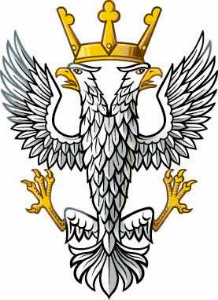 The annual Regimental Pilgrimage is held on the first Sunday of July.  The Regiment continues the tradition of inviting Civic Dignitaries who represent the public of the recruiting areas of The Mercian Regiment. Visitors are advised to be on site by 1400 hours for the service starting at 1500 hours.

The Mercian Regiment manages the day to day running of Crich Memorial and is the successor unit to The Sherwood Foresters.